Category Archives: The Fun of Getting Old

Filed under Attitude, quality of life, taking care of yourself, The Fun of Getting Old

Tagged as attitude, living life to the fullest, quality of life, taking care of yourself 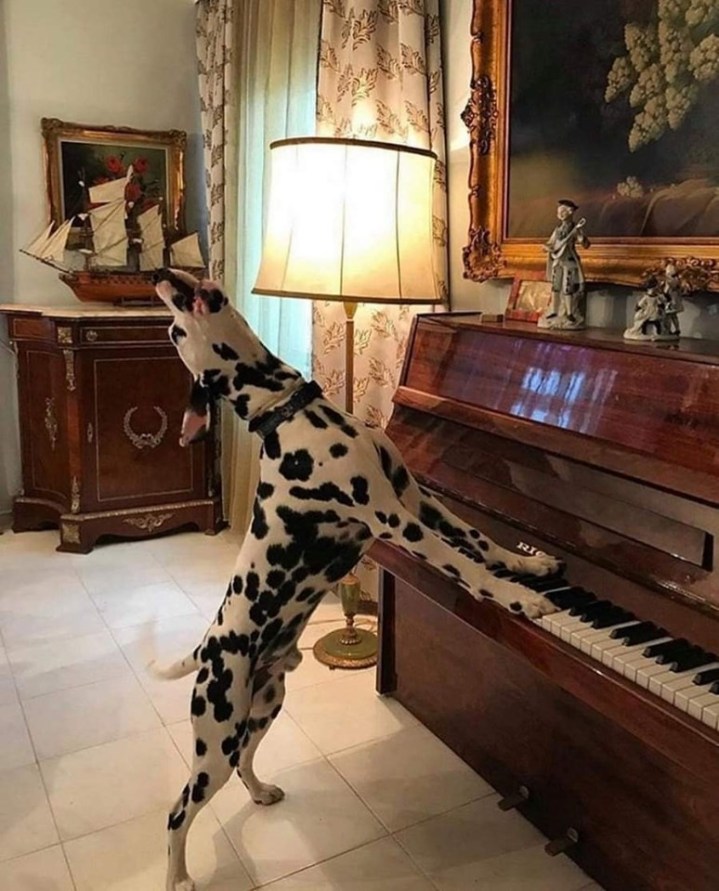 I finished the mulching yesterday and got things cleaned up. My poor body is really protesting, so I’ll take it easy for a couple of days before doing anything more out there. It’s amazing to me that I can get a bit tired by the end of several sessions, but don’t actual ‘feel’ it until that evening or the next morning. I plan to do my elliptical trainer and a session of yoga today, to help stretch things out.

I sang to my husband this morning – hence the cute picture of the doggie above. (I wasn’t nearly as cute, and my husband looked pained that I was singing. My husband, who is still being a curmudgeon about becoming a year older, grinned from ear to ear when he saw what I was doing this morning. The pineapple upside-down cake is in the oven as I type. Hopefully, I can make him smile several times today.

I’m waiting to hear from our friends on whether we are going bowling tonight and then for ice cream or not.

Since I was so ‘good’ working in the yard the past two days, I’m going to reward myself with time in my art room this afternoon.

Filed under exercise, Family, Friendship, Gardening, playing in my art room, The Fun of Getting Old, Thoughts on a ________

Tagged as bowling with friends, husband's birthday, pineapple upside down cake, playing in my art room, thoughts on a Monday

“As long as I am breathing, in my eyes, I am just beginning.” — Criss Jami

Filed under Are YOU also older than Dirt?, The Fun of Getting Old

Tagged as The Fun of Getting Old, thoughts on being 72

Getting Older is SO Much FUN!

My husband wanted to go to an auction this morning. He said he wanted to leave at 9:00. Knowing him, I set the alarm in the office where we were working and having a first cup of coffee (me) and sugar-free hot apple cider (him.) When the alarm went off, I said, “It’s time for you to go.” He said, “Where?”

The above is told with a smirk at one of his foibles. He’s the smartest person I know. If he can’t figure something out or fix it, we ask our son. If neither can fix it, it can’t be. He’s really good with electronics, bending things to do his bidding. Sometimes the fight is long, but he gets it done. I look at it and figure it’s ‘magic.’

While he was gone and it was cooler and not raining outside, I swept out the garage where the truck had been. Then I weed whacked beside the sidewalks and around the flower beds. I was finishing up, coming around to switch the weed whacker for the leaf blower and he was back!  He said one of the things he was interested in sold, but for much more than he was willing to pay. The other thing he thought might be interesting was junk, so he came home. I got the leaf blowing done and put things away.

It’s amazing to me how quickly I tire these days. I’m very lucky that I can work until some part of me is yelling, stop and rest and drink some water, and then do another session until the job is done. It also takes me a LONG time to cool down and for my breathing to be normal again. One of the joys of becoming ‘mature,’ I guess.

“As long as I am breathing, in my eyes, I am just beginning.” — Criss Jami

Filed under Are YOU also older than Dirt?, quality of life, The Fun of Getting Old

Tagged as challenges, foibles, laughing at yourself

Klutz of the Day Award 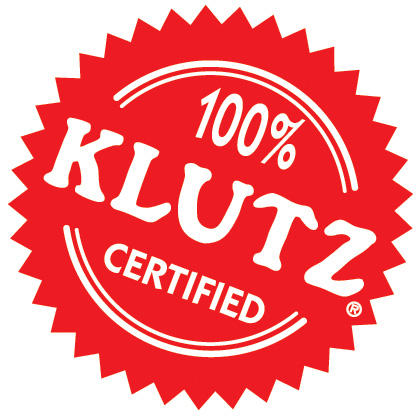 Sometimes my husband and I vie for this coveted award, but today I won hands-down.

I did another session in my closet. (The rest of it is fine tuning.) I got the towels and washcloths out of my closet and put them on the hallway shelves that are between bedrooms. In trying to clear off a couple of shelves, I was carrying a big bag of quilts and managed to stumble on ‘something.’ The next thing I knew I was on my face on the floor. Happily, my face was in the big bag of quilts, so it was none the worse for wear. My knees and forearms not so much. I have a very mild, but stinging, rug burn on both knees and my shins, plus my forearms. I started to yell for my husband, realized I was more embarrassed than hurt, and so just got to an upright sitting position on the floor and patted Amber, who was being quite companionable.

When I felt okay again, I was able to finish what I was doing, strip the bed and change the sheets, and brought the laundry downstairs. I told my husband about the fall, and he related that HE also fell this morning (while I was out having a massage) trying to discipline Amber, who had gotten into my trash can again. So we’re a pair. We agreed that we need to be even MORE careful than we thought we were being.

I’m going to finish vacuuming ( I need to do the tiled area on the first floor), the second load of wash, and then I’m done for the day.

I would rather win the award than have my husband win it. As Bette Davis said, “Getting old ain’t for sissies.”

Filed under Are YOU also older than Dirt?, quality of life, The Fun of Getting Old

Tagged as getting old ain't for sissies, Klutz of the Day award

Between my husband and me, our life is one LARGE surprise party.

Our latest ‘party’ is listing two things for sale on eBay. We’ve done this for years, but not often. We listed an iMac, and then two external drives, asking that payments be made via Paypal.

We sold both in the last several days, but then the party began. It turned out that we had neglected to check the email address listed for our account at Paypal (listed nowhere on the site except on listings you’ve posted.) We still had our OLD Paypal email from when I had my Creative Artworks website on our LAST listing, so it went on the NEW listings automatically. Since we’re old and doofus, we didn’t think to check. The buyers paid, but the payments went to lala land, since neither that email nor the Paypal account associated with it, exist now. We tried everything to fix it, finding out that the ONLY place you can change it is in a new listing. We listed a DVD, changing the information to the current email and Paypal account associated with it, but that doesn’t help us with the old listings. ARRRGH!

When we explained our goof to the \buyer of the external drives, sending him an invoice via Paypal, he said he had found the drives elsewhere, so we canceled the sale. After communication with the buyer for the iMac,  he said if we would list it again with the “buy now” price he had bought it for during the auction, he would buy it right away. We’re in the process of doing that now, hopefully not losing this sale, too.

What should have been simple listings and sales got hopelessly complicated because we FORGOT that the old information was on the Paypal account (only on eBay) and that we didn’t understand where we should have looked to make sure our information was correct before listing. Since we don’t sell things that often on eBay, we’ll probably forget what we have now learned the hard way. We’ll make notes about this, but then the notes will mysteriously disappear….

Filed under Are YOU also older than Dirt?, Challenges, The Fun of Getting Old

Tagged as challenges, The Fun of Getting Old